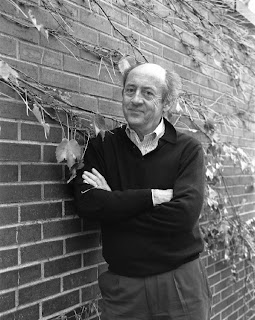 Not in July or any month
have I had the pleasure--if it is a pleasure--
of fishing on the Susquehanna.

I am more likely to be found
in a quiet room like this one--
a painting of a woman on the wall,

a bowl of tangerines on the table--
trying to manufacture the sensation
of fishing on the Susquehanna.

There is little doubt
that others have been fishing
on the Susquehanna,

rowing upstream in a wooden boat,
sliding the oars under the water
then raising them to drip in the light.

under a blue cloud-ruffled sky,
dense trees along the banks,
and a fellow with a red bandanna

sitting in a small, green
flat-bottom boat
holding the thin whip of a pole.

That is something I am unlikely
ever to do, I remember
saying to myself and the person next to me.

Then I blinked and moved on
to other American scenes
of haystacks, water whitening over rocks,

even one of a brown hare
who seemed so wired with alertness
I imagined him springing right out of the frame.

The lanyard
The other day I was ricocheting slowly
off the blue walls of this room,
moving as if underwater from typewriter to piano,
from bookshelf to an envelope lying on the floor,
when I found myself in the L section of the dictionary
where my eyes fell upon the word lanyard.

No cookie nibbled by a French novelist
could send one into the past more suddenly—
a past where I sat at a workbench at a camp
by a deep Adirondack lake
learning how to braid long thin plastic strips
into a lanyard, a gift for my mother.

I had never seen anyone use a lanyard
or wear one, if that’s what you did with them,
but that did not keep me from crossing
strand over strand again and again
until I had made a boxy
red and white lanyard for my mother.

She gave me life and milk from her breasts,
and I gave her a lanyard.
She nursed me in many a sick room,
lifted spoons of medicine to my lips,
laid cold face-cloths on my forehead,
and then led me out into the airy light
and taught me to walk and swim,
and I, in turn, presented her with a lanyard.
Here are thousands of meals, she said,
and here is clothing and a good education.

And here is your lanyard, I replied,
which I made with a little help from a counselor.

Here is a breathing body and a beating heart,
strong legs, bones and teeth,
and two clear eyes to read the world, she whispered,
and here, I said, is the lanyard I made at camp.

And here, I wish to say to her now,
is a smaller gift—not the worn truth
that you can never repay your mother,
but the rueful admission that when she took
the two-tone lanyard from my hand,
I was as sure as a boy could be
that this useless, worthless thing I wove
out of boredom would be enough to make us even.

Child Development
As sure as prehistoric fish grew legs
and sauntered off the beaches into forests
working up some irregular verbs for their
first conversation, so three-year-old children
enter the phase of name-calling.

Every day a new one arrives and is added
to the repertoire. You Dumb Goopyhead,
You Big Sewerface, You Poop-on-the-Floor
(a kind of Navaho ring to that one)
they yell from knee level, their little mugs
flushed with challenge.

Nothing Samuel Johnson would bother tossing out
in a pub, but then the toddlers are not trying
to devastate some fatuous Enlightenment hack.

They are just tormenting their fellow squirts
or going after the attention of the giants
way up there with their cocktails and bad breath
talking baritone nonsense to other giants,
waiting to call them names after thanking
them for the lovely party and hearing the door close.

The mature save their hothead invective
for things: an errant hammer, tire chains,
or receding trains missed by seconds,
though they know in their adult hearts,
even as they threaten to banish Timmy to bed
for his appalling behavior,
that their bosses are Big Fatty Stupids,
their wives are Dopey Dopeheads
and that they themselves are Mr. Sillypants.

Consolation
How agreeable it is not to be touring Italy this summer,
wandering her cities and ascending her torrid hilltowns.
How much better to cruise these local, familiar streets,
fully grasping the meaning of every roadsign and billboard
and all the sudden hand gestures of my compatriots.

There are no abbeys here, no crumbling frescoes or famous
domes and there is no need to memorize a succession
of kings or tour the dripping corners of a dungeon.

No need to stand around a sarcophagus, see Napoleon's
little bed on Elba, or view the bones of a saint under glass.

How much better to command the simple precinct of home
than be dwarfed by pillar, arch, and basilica.

Why hide my head in phrase books and wrinkled maps?
Why feed scenery into a hungry, one-eyes camera
eager to eat the world one monument at a time?

Instead of slouching in a cafe ignorant of the word for ice,
I will head down to the coffee shop and the waitress
known as Dot. I will slide into the flow of the morning
paper, all language barriers down,
rivers of idiom running freely, eggs over easy on the way.

And after breakfast, I will not have to find someone
willing to photograph me with my arm around the owner.
I will not puzzle over the bill or record in a journal
what I had to eat and how the sun came in the window.

It is enough to climb back into the car
as if it were the great car of English itself
and sounding my loud vernacular horn, speed off
down a road that will never lead to Rome, not even Bologna. 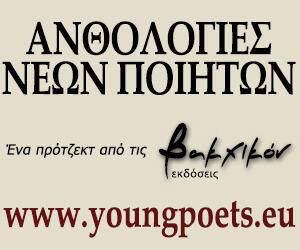